Penny was diagnosed in March 2015 and agreed to meet with Louise from P2P.

They met shortly afterwards and Penny eventually agreed to be referred to the Haematology Unit at Southampton Hospital.Penny had a series of appointments and in 2016 she was diagnosed with cirrhosis of the liver.

Penny took part in the I’m Worth Campaign with Louise and Sam H. The video they feature in can be viewed here.

Penny started her treatment in August 2016 and has since been clear of the virus.

Louise was trained in phlebotomy in October 2016 and Penny allowed Louise to take her end of treatment bloods which was a special moment for both of them. 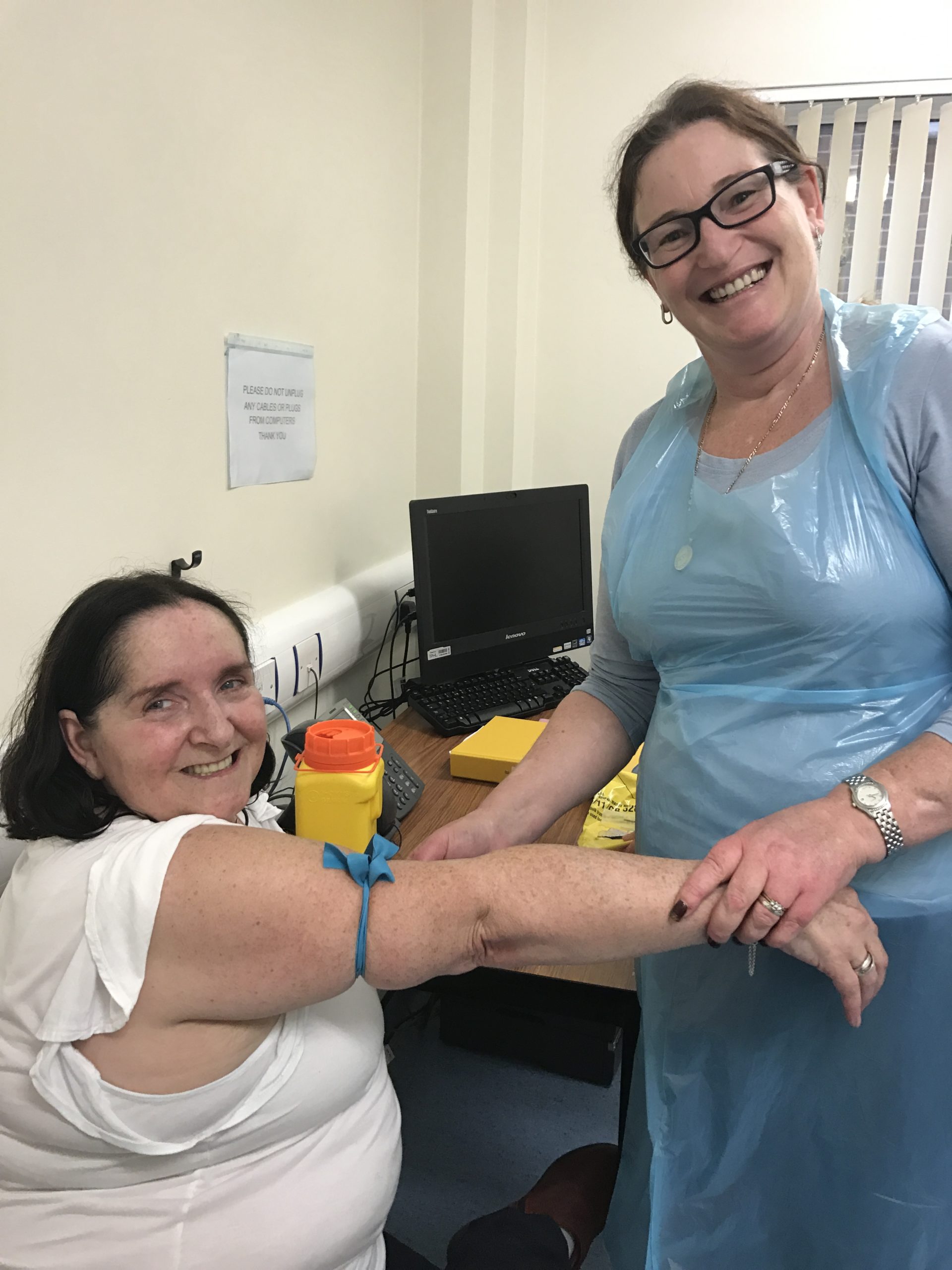