My Journey with 'Hep C'

My Journey with 'Hep C' - Charlie

It was the summer of ’92 and I was living in the lovely city of Leicester.
The local community drug and alcohol treatment service was ‘Turning Point’ and they had invited all their clients (drug users) to take part in a program of mass screening to identify the severity of infection amongst Leicester’s drug using community after having recently discovered a new virus known as Hepatitis C. Everyone that I knew who were injecting drugs had contracted this virus and there was little information available at that time. However, we were told that about 20% of people infected would overcome the virus naturally and a high percentage of those infected would not be showing any symptoms and could be carrying the virus for years without any problems. This tended to diminish the seriousness of the disease and for years after I had almost forgotten that I was infected with a deadly disease.
As the years went by the only times that I was reminded of my condition was when I was admitted to hospital or during doctor’s appointments, but all the time over the following 26 years the disease had been slowly destroying my liver and eventually the symptoms became evident, the worst being feelings of lethargy which were manifested into a state of always feeling tired and falling asleep at the drop of a hat. It wasn’t until I returned home from Thailand in 2015 and had started going to ‘Inclusion Winchester’ that I was made aware of just how dangerous ‘Hep C’ really is. 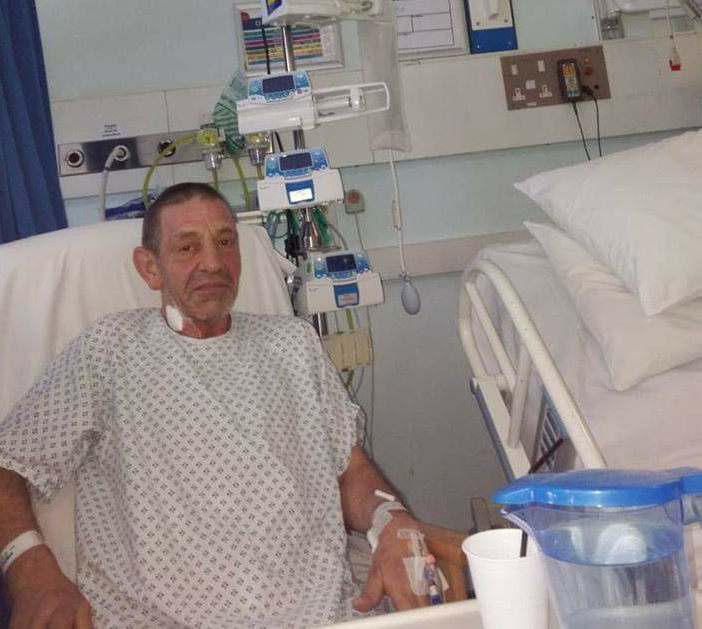 At first I avoided having tests for 'Hep C'...

as it involved giving blood and getting blood from my damaged and non-existent veins which was always a frustrating and often futile task. However, during September 2017 Sean at Winchesters ‘Inclusion’ suggested I should speak to the ‘Hep C’ team and get involved with the testing and Hep C program which was available and had recently been having some amazing results. In January 2018 I was given a Fibro scan and apparently showed a very high reading which caused quite a lot of concern amongst the staff and further tests were arranged for me at Southampton General Hospital. I remember during an Ultra Sound test the Nurse abruptly saying “What’s that?” as she could see a growth of some kind next to my Gallbladder. It turned out to be a malignant tumour and after further investigation lesions were found on my liver and I was diagnosed with cancer of the liver.

My first thoughts were that I need to be with my wife...

Up until this point after 10 years married we had only actually been together for 5 of those years as she had had 2 visa applications rejected to come to the UK so I went to Thailand where I worked at a private school teaching English which I have since considered to be the most enjoyable time of my life. But I needed my wife now and if I were to have an operation I would need my lovely wife by my side. The doctors made it perfectly clear that without the operation I might live 1 more year. At this point I would like to add that the hospital staff and those at Inclusion Winchester were so supportive and I owe all those who worked with me a massive Thank you, you guys were just amazing, from the nurses at Hepatology to the staff at Inclusion and the nurses on the ward through to the surgeon and his team, I feel blessed that I had such a great team on my side. 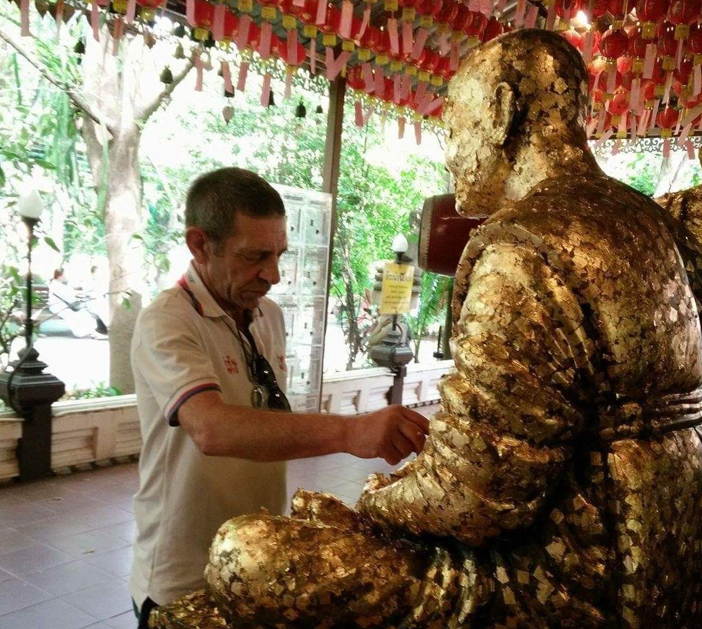 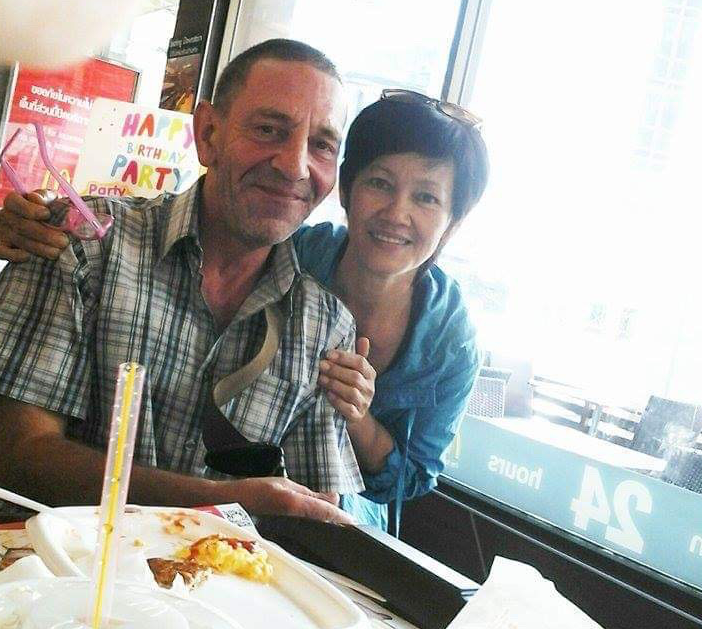 Now, 12 months since the operation I am cancer free and free of that horrible virus that started all this...Hepatitis C.

To think that all those years ago the powers that be couldn’t offer much at all as far as treatment for Hep C was concerned. Some people were treated with ‘Interferon’ but this had a low success rate and was very uncomfortable treatment. Back in ’92 they had only just identified the virus so they knew precious little about it, but now after years of research I have been lucky enough to be cured of this disease and to have received all the benefits from this great advance in medicine. I took 3 pills a day for 12 weeks with no side effects and now I have so much energy and feel so good that I feel like a miracle has taken place.

Once again thanks to all those who contributed towards my recovery...

and guess what? My wife was granted a visitors visa and was here by my side to take care of me after the operation and after 6 months back in Thailand she was granted a ‘Spouse Visa’ and that will expire in 2 years and 9 months time, so for now it’s ‘Let the Good Times Roll’ and whoever reads this needs to remember that if I hadn’t got involved in injecting drugs, none of this would have happened in the first place.